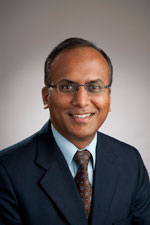 Dr. Verma received his medical degree in June of 1993 from Maulana Azad Medical College, University of Delhi. He went on to complete his training and is a Membership of the Royal College of Physicians (MRCP)of United Kingdom in 2005 and received a Diploma in Geriatric Medicine from the Royal College of Physicians (London) in 2007. Dr. Verma completed his fellowship in Nephrology at the University Of Massachusetts Medical School in 2012.

Dr. Verma is certified by the American Board of Internal Medicine and licensed to practice in both Massachusetts and California. In 2008, he received the Jeff Crosby Award for Patient Advocacy and has received the AMA Physician Recognition Award from 2009-2012.